Thomson or Thompson is generally considered a Scottish or English surname meaning the son of Thomas, but it can also French (Norman) in origin.

James Thom(p)son with his wife Elizabeth (Sawyer) and their five children were the earliest free settlers of our connected families when they arrived at Sydney Cove on the ship William Pitt in 1806.

James was fortunate to have a letter of introduction:

Sir
A person by the name of James Thomson, who was recommended to Lord Camden by His Royal Highness, the Duke of York, has received permission to embark on board the William Pitt with his wife and five children. He is stated to be a good house carpenter and cabinet maker and as such I trust be found an acquisition to the Settlement and I am to recommend your placing him in a comfortable situation with such a portion of land as may be suitable..."

Oral history suggests that James was "recommended as a settler by the Duke of York, possibly under pressure from the Duke's then mistress Mary Ann Clarke">(nee Thompson). She was most likely a niece or cousin of James Thompson."

The Sydney Gazette and New South Wales Advertiser reported in the SHIP NEWS:

"On Friday arrived the William Pitt Extra ship, with [117] female prisoners, in a general state of good health. She sailed from England the first of September last; made the island of Madeira the 1st of October and stopped three days. In company with an out-ward bound East India convoy she reached the Cape of Good Hope early in January, and from thence sailed for this port."

James apparently settled on a small property on the Hawkesbury River.

Their oldest son, Walter Frederick Thomson, who was nine years old when he arrived, lived in the Windsor area and married Mary Ann Sherringham, daughter of convict Robert Sherringham. 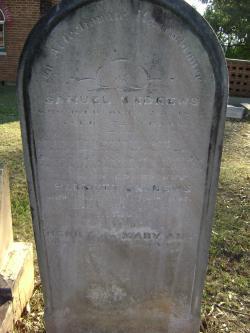 Grave of Samuel and Harriett Andrews at St. Marys

Walter Frederick and Mary Anne Thompson lived in the Windsor and South Creek area west of Sydney and raised a family of twelve children.

Our family is descendent from their second son, William Thompson who married Fanny Andrews.  The Andrews family; Samuel and Harriett (nee Judge) and three children had immigrated from Sussex in 1839. The Colonial Times, Hobart, recorded their arrival in Sydney:

"By the Strathfieldsaye from London, 205 Bounty Emigrants have arrived, besides a great number of respectable cabin passengers. The whole, we are happy to say, in a healthy condition"

William and Fanny had three children, Mary Ann, Thomas and Hannah but in 1863 William died young, at only 26 years of age. 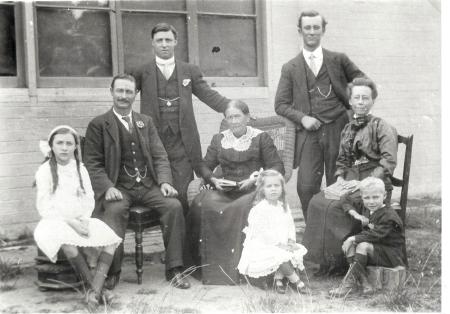