The name, MORRISON, is most commonly associated with the Scottish clan of either the mainland "son of Morris" (or Maurice) of Norman origin, or from the Hebridean Isles of Harris and Lewis.
The Wikipedia free encyclopedia - Clan Morrison provides more detail on the various origins of Morrison families. This includes how the Hebrides were settled by both Norse Vikings and Irish (or "Scottish") Gaels, who intermarried with each other and with the indigenous "Picts".

The name Morrison of Gaelic origin is said to have been an Anglicised derivation of mac Ghille Mhuire, meaning the "son of the servant of St. Mary". This Anglicisation most likely occurred during the Protestant Reformation and which also included the stamping out of the Gaelic language.

However our earliest known Morrison family hails from the Isle of Man and the Manx Morrison origins appear to be similar to the Scots.

Ms. Frances Coakley, who has edited “A Manx Note Book” (available on her web site) explains the Manx Morrison name origins. There it is indicated that the Morrison name was Anglicised from Mylvorrey or McIllvorrey meaning "the son of Mary's servant". This occurred generally in the late 1700s and early 1800s. See the Manx Note Book website for further details. http://www.isle-of-man.com/manxnotebook/manxnb/v04p130.htm

The Manx Note Book also indicates that Mylvorrey has also been traced through a dozen variants from MacGilvorra, 1513, Mac-giolla-Mhuire (Mary) and which is cognate with MacGilborr. http://www.isle-of-man.com/manxnotebook/fulltext/scrap3/ch04.htm

The "Mac" in these names refers to "the son of" as in Ireland and Scotland. Also used was "ine" meaning "the daughter of". In the 1511 Manorial Roll of the Isle of Man for the Parish of Balylagh (Ballaugh) there are a number of MacGilborrs mentioned.

Surnames tended to become established in the Island in 16th century, before which time many people were identified by a personal name and a family identifier similar to in Ireland or Scotland at the time. Parish records in the late 16th century, these names had more or less standardised to the modern forms. (Ian Killip, Manx Genealogy Bulletin Board, 15 June 2006.)

It is interesting to note that the 1511/1515 manorial roll is virtually 100% mac/ine for Manx names. By the 1703 composition book probably less than 5%. (Frances Coakley, Manx Genealogy Bulletin Board).

One of our earliest known ancestors was Patrick Mylvorrey who was born in about 1761 in Ballaugh in the north west of the Isle of Man.  The family lived at Glenshoggill near village of Ballaugh as farmers and agricultural labourers.  When Patrick married his name was recorded as Morrison his children and were baptised variously as Mylvorrey (or Mylworrey) and Morrison between the 1780s and the 1820s. The next generation generally became known as Morrisons. Patrick's grandson William moved to Santon in the south east of the Isle when he married and it was his grandson William Ernest Morrison who migrated to Australia. 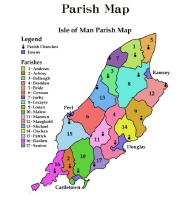 The family CREER, which is a unique Manx name, has a connection to our Manx Morrisons by virtue of Ann Jane (or Annie) MORRISON from Glenshoggle in Ballaugh who migrated to Western Australia in 1909 to marry John CREER. John had himself come from the Isle of Man in 1905 and arranged for Annie to follow him and marry.

The Creer family still lives in Western Australia today and we share a common ancestor in Patrick MYLVORREY, born 1793 in Ballaugh, Isle of Man. For more details see the CREER FAMILY HISTORY website.

Research to date places our earliest known Morrison ancestors in Ballaugh in the north-west of the island. 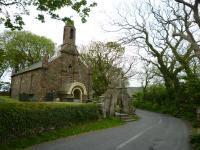 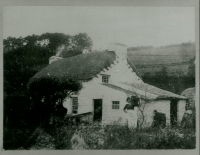 A Mrs Morrison outside her cottage in Ballaugh Glen 1870s (Courtesy of the imuseum.im) 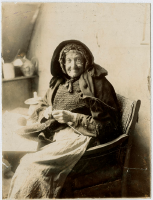 It is not known which Mrs Morrison(s) these photos refer to, but she is most likley a relative.